You are here: Home » About 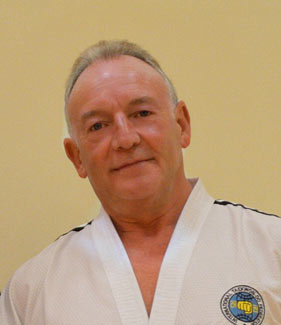 Master Murphy began his 45 years of training in martial arts with Judo at the age of nine, where he stayed for four years. He then moved on to Karate and over a period of time studied four different styles. During this time he also trained in JuJitso. He settled with Tae Kwon Do at the age of 22 and has stayed with this discipline ever since.

During his time training in Tae Kwon Do he entered and won various Scottish, English and British titles, and at the peak of his years competing won three World Championships in 1988 , 1991 and 1994. He founded the Coatbridge club which has been running for the past twenty five years. The Club has produced many World, European, British, and Scottish Champions as well as winning the Scottish Club Championship 13 years in a row. Mr Murphy has also been involved and responsible for coaching the Scottish team who won gold at the last World Championship which was held in Birmingham in 2007.

Master Murphy states that Taekwon-do is first and foremost a Martial Art and competing is only a small part of this discipline. It is the individuals choice whether or not to compete. There are many all round benefits from regular training including self defence, fitness or a way of boosting confidence, all can be achieved through Taekwon-do.